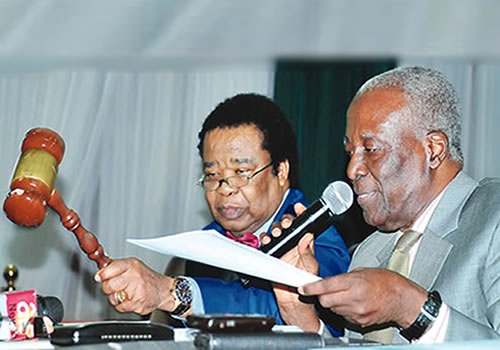 THE National Conference has approved the decentralisation of the Nigeria Police Force as states can now establish their own police.

This resolution, when enacted into law, would put to rest the long debate and controversies over the establishment of state police. The state police, when established by states that desire them, are to complement the efforts of the Nigeria Police Force.

The conference also resolved that in addition to establishing state police, states laws should also provide for community policing. The decisions were made while considering the report of the National Conference Committee on National Security.

It was reasoned that this would address the concern of language and culture.

To make the police more people-friendly, the conference called for the amendment of section 214 of the 1999 Constitution so that the Nigeria Police Force will be called The Nigeria Police.

The conference, however, said that only states that felt that they had the capacity to fund and kit them should establish state police.

The delegates also adopted the recommendation that at least, 70 per cent of federal police officers from the rank of Deputy Superintendent to constable should be allowed to serve in their states of origin.

Meanwhile, the  National Conference resolved that henceforth, any elected public office holder in the country who defected from his or her political party to another would automatically lose the seat.

Delegates at the conference also adopted the recommendation of the Committee on Politics and Governance that Nigeria should adopt a true federal structure with the states operating as the federating units.

Accordingly, the conference proposed stiff penalties for elected public office holders who move from one political party to another before the expiration of their mandates.

It said such elected public office holders who abandoned their parties midway for new ones were to lose their seats.

On practice of true federalism, it was agreed that the creation of local government areas be done by the states, as they deem necessary.

However, decision on establishment of the structure, composition, finance and functions of local government councils were put on hold pending discussions on the Report of the Committee on Political Restructuring.

On right to self-determination, the conference agreed that the minority groups that wished to exist as separate states and meet the criteria for state creation should be allowed to do so under the instrumentality of the relevant laws and procedures as part of their rights to internal self-determination.

These were parts of the recommendations adopted by the conference during the debate and consideration of the Report of the Committee on Politics and Governance, headed by Professor Jerry Gana, with Chief Olu Falae as the co-chairman.

The conference also accepted the proposal that the government should not fund any political party, but that they should be funded through membership subscription, levies, donations, investments, sales of party cards and other fund raising activities.

Spread the loveBy now, most people have read the story END_OF_DOCUMENT_TOKEN_TO_BE_REPLACED