Simply put, the Haramites in the APC cannot be trusted with power- FEMI FANI-KAYODE 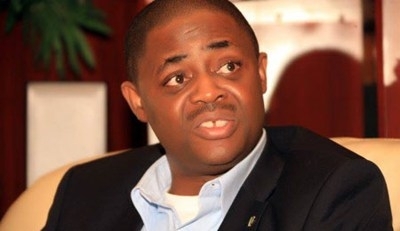 FORMER Minister of Aviation, Chief Fani-Kayode, has warned the former President, Chief Olusegun Obasanjo, to stop flirting with the leadership of the All Progressives Congress (APC) because the party hierrarchy hates him.

He revealed that it was unfortunate that the former president has not smelt a rat in his relationship with the leadership of the APC, which he described as ‘devil.’

Fani-Kayode made this revelation in a statement  where he detailed the operations and true character of the party leadership, as well as their contribution to the security challenges currently facing the country.

The former APC member revealed that he chose the right path after carefully studying the workings in the party, one he said would shock many Nigerians to their marrow.

According to him, “I will also use my good offices to talk to Baba Obasanjo to stop flirting with these demons in the APC, because deep down, they secretly hate him. Other than those that left PDP to go to APC, the rest of them despise OBJ and are only using him. We must save OBJ from them.

“I once described the party (PDP) as a ‘’sinking ship’’ and, at the time, I meant it. However, it is now my firm resolve that we shall join hands with all men and women of goodwill from now on and, together, we shall stop that ship from sinking. This is because we have no choice but to do so.

“I would rather go back to a sinking ship and salvage it rather than be in bed with a bunch of ruthless men and women who have blood on their hands and whose desperation for power and to rule over those that they believe were born to be their slaves borders on obsession.

“Despite all its defects and challenges, I have gone back to my family, the PDP, and I am glad to be back there. I am also glad that they have welcomed me with open arms. Now the work begins.”

Fani-Kayode further revealed that he was ready to expose the atrocities of APC, which, according to him, was parading itself as an alternative to the PDP.

“So far, I have only revealed 10 per cent of what I know because I do not want to create havoc in this country. But slowly, the whole truth about the APC will emerge. Who really started the party, what its real agenda is, whose interests it is designed to further and protect, what foreign links it has, what its historical antecedents are, where its real funding comes from and so on and so forth will soon come out.

“Simply put, the Haramites in the APC cannot be trusted with power. It is as simple as that. They are the greater evil and they are the greatest of all evils. They are the darkness that seeks the darkness. Whether we like to accept it or not, PDP is the only party that can stop them from winning power at the centre in Nigeria and that is why I have gone back to that party.

“If I choose to speak out, fight back and tell the world who and what they are, what they represent, how they love to shed blood, their relationship with Boko Haram, the truth about Chibok [abducted girls] and the role some of their leaders played in it, their Islamist agenda, their links with the Middle East and the Arab world, their born-to-rule mentality, their desire to use the South West and later dump them, their utter disdain for southerners, the Middle Belt, the northern minorities, the moderate Muslims and the Christian community and so much more this country will burn.

“For 38 years, they enjoyed power and now they are destabilising the government, making the country ungovernable, slaughtering innocent civilians at will and abducting children just to get it back. They have also infiltrated the military and our security agencies with their moles and they have divided our army. Yet, these are the people that are talking and pointing fingers at others,” Fani-Kayode stated.

“Sadly, the overwhelming majority of its members have no idea what is really going on behind the scenes and what the agenda really is. Those are the ones that I really feel sorry for.

“They will cry at the end of the day if the APC is ever able to seize power at the federal level, because if that happens, we will all become second class citizens in a new colony.

“In addition to this, most of the more reasonable and rational leaders in the party are complaining bitterly behind the scenes, but they are too scared to speak out or to leave the party. I urge them all to do so before it is too late,” he added.

Spread the loveAs the nations of the world endeavor to END_OF_DOCUMENT_TOKEN_TO_BE_REPLACED

Previous Post Sanusi Lamido Sanusi, is new Emir of Kano
Next Post When the righteous reigns, the people rejoice. The converse is also very true by Oluwasegunfunmi Oladele Akinwole