Is Radical Islam a New Phenomenon in West Africa? By Edmund Zar-Zar Bargblor 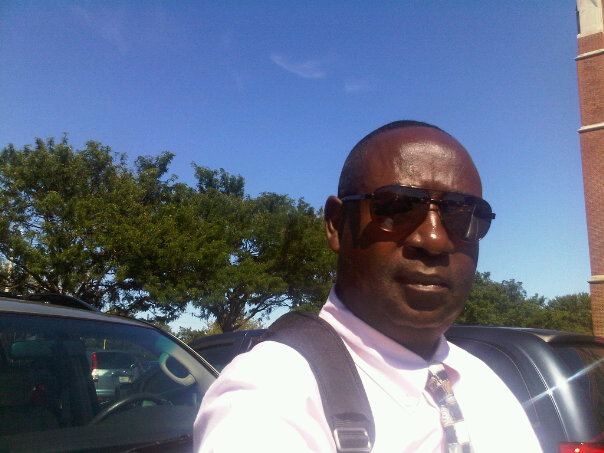 
Since Boko Haram, an Islamic militant group reportedly knapped 276 Nigerian girls from a secondary school in the northern Borno State and drove them into the remote Sambisa forest, the discussion about the role of Islam in Africa has once again resurfaced. The problem of the 21st Century for West Africa is the problem of radical Islam. Is radical Islam a new phenomenon in West Africa?
In 410 A. D, the Empire of Rome fell. Europe was in an unhappy state. (War). During this same time period, 300-500 A. D, the West African Empire was on the rise. Many of Europe's tribes (Vandals, Visigoths and Jews) fled and settled in North Africa. But something very important was talking shape that would change world history. By 700 A. D. The Prophet Muhammad had his first revelation: spread of Islam through jihad. Islam reached the Sudan during 700 A. D. The first ethnic groups the Moslems encountered in West Africa was the Mande along the Senegal River. The natives gave the island in the middle of the river. And the Islamist built a monastery to recruit and train their new converts for jihad. Many of them accepted the new religion. Other African Patriots like Kusiela and Kahina refused and fought bravely to protect Africa. On the Songhai front, the Islamist met a stiff resistance. Earlier in 200 AD, the Berbers had moved in and taken over Dendi (birthed from my womb). The Songhai People wanted to maintain their way of life and refused to stay in Dendi. As a result they abandoned their city and built another city, which they named Kukya (KWA word meaning: wrapped in death). The new recruits with little or no knowledge of their new religion became a destructive force. One such individual was Tarsina. In 1020, Tarsina embraced the Islamic faith. As leader of the Lemtuna tribe he vowed to convert his entire tribe to Islam. He quickly changed his name to Abdullah Abu Mohammed- "combining his purely material objectives with a newly found religious passion, he set about raiding non-Moslem settlements. Tarsina died. His son succeeded him in law, Yahia ibn Ibrahim. Yahia was a devout Moslem. He quickly made a pilgrimage to Mecca. Yahia returned from Mecca with a teacher (Ibn Yasin) to teach Koran to his people. Islam had taken strong roots in West Africa. But it was not easy. The people were prepared to be Moslems only in name. Yasin became frustrated. But he did not return to his home country. Instead he, Yahia ibn Ibrahim and his brother Abu Bekr established a monastery on the Senegal River. The group became known as ALMORAVIDS. Soon the small monastery on the Senegal had 1,000 converts. Having failed to win large converts through reason and persuasion, Ibn Yasin resorted to violence and intimidation (Dr J.C. deGraft-Johnson: Moslem Invasion of Africa).
In 1042, he left his monastic retreat and led his followers in a holy war against the infidels. They destroyed everything in their path! The ALMORAVIDS accordingly became masters of the tribes of West Africa. Then in 1056 AD, Yahia the Commander-in-Chief of the ALMORAVIDS died. His brother Abu Bekr (namesake of Prophet Muhammad's Confidant) took over as Commander. In 1076 AD, Abu Bekr in command of ALMORAVIDS forces in alliance with the Mossi from Yatenga attacked, dismembered and looted West Africa's attempt at self-government. The destruction of Ghana Empire resulted in a mass migration that affected every tribe and ethnic group in West Africa to this very day. The first group to flee the violence and swallowed by the rainforest were the Ashanti. Some scholars believe the Ashanti & the Akan people in today's Ghana are 1,000 miles from their original home in Ghana Empire. This pattern of mass migration continued throughout much of history until colonialism. The history of West Africa is a history of mass migration!!! (African Glory, The Story of Vanished Negro Civilizations).
Maj. William Kwabiah of the Ghanaian Military was correct when he wrote: “While in the past two decades, the region of West Africa has experienced various armed conflicts; a new security threat that has emerged is the growing threat of violence by radical Islamist groups. This phenomenon has assumed prominence in the aftermath of the 11 September 2001 attacks on the United States of America. Against the background of a politically unstable region, impoverished by poverty, disease, conflicts, and a high rate of illiteracy, a foothold by radical Islamist groups could destabilize the whole region. The recent escalation of violence perpetuated by radical Islamists groups in the northern parts of Nigeria and other countries poses a grave threat to the region as Nigeria is home to approximately half the population of the region. Some measures that governments, in concert with other stakeholders can take include poverty alleviation measures, economic development of deprived areas, socio-political reforms, inter-faith dialogue and consultations, prevent institutionalization of Sharia law, promotion of good governance and inter-governmental cooperation” (Maj. William Kwabiah: University College of Management Studies, Accra, Ghana, 1992).
Countries neighboring Nigeria, have an obligation to make sure that their respective territories are not used by militant groups, be it Christians or Muslims whose intentions are designed to bring about the destabilization of the Federal Republic of Nigeria. Indeed, the stability of Nigeria is paramount to the stability of Africa, especially the West African Sub-region. The history of West Africa is ONE, the People are ONE; the Languages are inter-related and contiguous. There is nothing new about Islam in West Africa. But to understand it, one has to intellectually remove the vertical and horizontal compartments (borders) created by colonialism. Failure to remove this veil has the propensity to mislead one to conclude that what is currently taking place in Nigeria, is a Nigerian problem.

Spread the loveBy now, most people have read the story END_OF_DOCUMENT_TOKEN_TO_BE_REPLACED