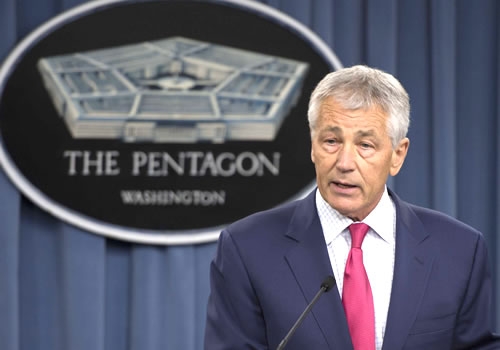 The  United States of America (USA) military had conducted several surveillance flights over north-eastern Nigeria in an effort to find school girls held by a terrorist group, but it would not share the intelligence gathered with the Nigerian government, Pentagon officials said  on Tuesday.

According to military.com, Army General David Rodriguez, Head of the Africa Command, was in Abuja,  to work out “protocols” for sharing the information from the high-resolution cameras carried by the surveillance aircraft, the officials said.

“At this point, we are not sharing raw intelligence data,” said Army Colonel Steve Warren, a Pentagon spokesman.

Warren declined to give reasons for holding back the information, but Africa specialists have warned of corruption in the Nigerian military and fears that the Boko Haram terror group holding the girls has penetrated the security services.

Nigerian President Goodluck Jonathan “himself has said that high levels of the security apparatus and the government have been penetrated” by Boko Haram agents and sympathisers, said J. Peter Pham, Director of the Africa Centre at the Atlantic Council. “That’s going to hurt the search effort,” Pham said Monday on the PBS “NewsHour” programme.

Although the military was holding back, the US has been sharing commercial satellite imagery with  Nigeria, the State Department said.

At Pentagon, Warren said that the US military began intelligence, surveillance and reconnaissance flights on Monday.

The operations, with fixed wing aircraft, were at the request of the Nigerian government over areas in northe-astern Nigeria, where Boko Haram was suspected to be keeping the girls.

Warren said that Rodriguez’ presence in Nigeria had been planned previously, but he was now working out of the Embassy in Abuja to coordinate an inter-agency team, including about 10 troops from Africom, in assisting  Nigeria in the search for the girls.

The search reportedly was centered on the Sambisa Forest, a Boko Haram stronghold near Nigeria’s border with Cameroon.
More than 200 girls, aged btween 16 and 18, were abducted on April 14 from their boarding school in the north-eastern town of Chibok by fighters from Boko Haram, which seeks an Islamist state in the north.

Boko Haram leader, Abubakar Shekau, posted a video on Monday showing about a hundred of the girls seated on the ground and offered to exchange them for prisoners held by the government.

Previous Post McCain: Send U.S. Special Forces to Rescue Nigerian Girls, “I wouldn’t be waiting for some kind of permission from some guy named Goodluck Jonathan,”
Next Post GOODLUCK JONATHAN: A PRESIDENT IN NEED OF HELP (AN ENCOUNTER INSIDE ASO ROCK) By Jide Ajani