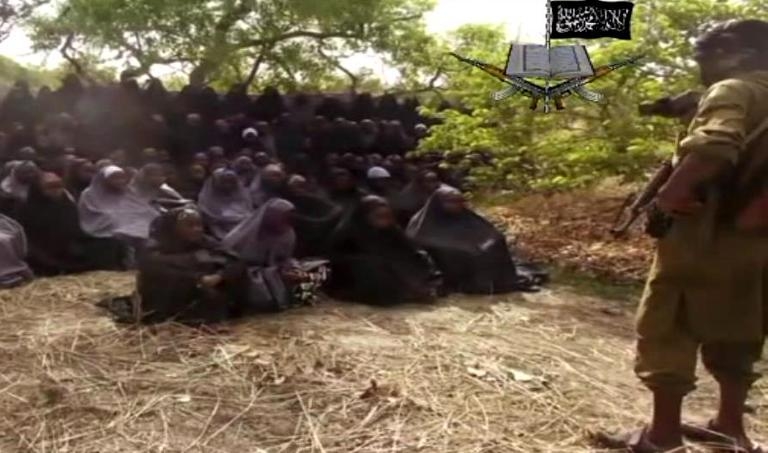 The United States was Monday flying "manned" missions over Nigeria to track down more than 200 abducted schoolgirls as experts pored over a new video seeking clues to where they are being held.

"We have shared commercial satellite imagery with the Nigerians and are flying manned ISR (intelligence, surveillance and reconnaissance) assets over Nigeria with the government's permission," a senior administration official said, asking not to be named.

It was not immediately clear what kinds of aircraft were being deployed, nor where they had come from.

But a new video released by the Boko Haram group purportedly showing about 130 of the girls was being carefully studied by American experts in the hope it might yield vital clues as to where they are being held.

"Our intelligence experts are combing through every detail of the video for clues that might help ongoing efforts to secure the release of the girls," State Department spokeswoman Jen Psaki said earlier Monday.

"We have no reason to question its authenticity," she added of the video. 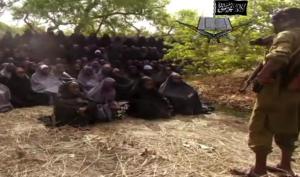 A screengrab taken on May 12, 2014, from a video released by Nigerian Islamist extremist group Boko  …

In the video, the Islamic militant group's leader Abubakar Shekau said the girls may be released once Nigeria frees all the Boko Haram prisoners it has in custody.

But that proposal has been rejected by the Nigerian government, and Psaki recalled that the US policy is also "to deny kidnappers the benefits of their criminal acts, including ransoms or concessions."

A 30-strong US team arrived on the ground last week in Nigeria to help growing efforts to find the girls aged between 16 to 18, snatched from their boarding school in the northeast of the country on April 14.

"We are talking about helping the Nigerian government search an area that is roughly the size of New England," White House spokesman Jay Carney said, referring to the region in the US northeast.

"So this is no small task. But we are certainly bringing resources to bear in our effort to assist the government."

Psaki stressed the Nigerian authorities were "in the lead" during the investigation.

The girls' plight has triggered a storm of outrage across the United States, and First Lady Michelle Obama on Saturday for the first time delivered her husband's weekly address to the nation to say they were both "outraged and heartbroken" by the kidnapping.

"This unconscionable act was committed by a terrorist group determined to keep these girls from getting an education — grown men attempting to snuff out the aspirations of young girls," she said.

Spread the loveOf all the updates that have been given END_OF_DOCUMENT_TOKEN_TO_BE_REPLACED

Previous Post President Jonathan Faces Widespread Criticism Over Handling of Schoolgirl Abductions, Militant Attacks
Next Post Indescipline at its peak in Nigerian Army as soldiers fire at their commamder