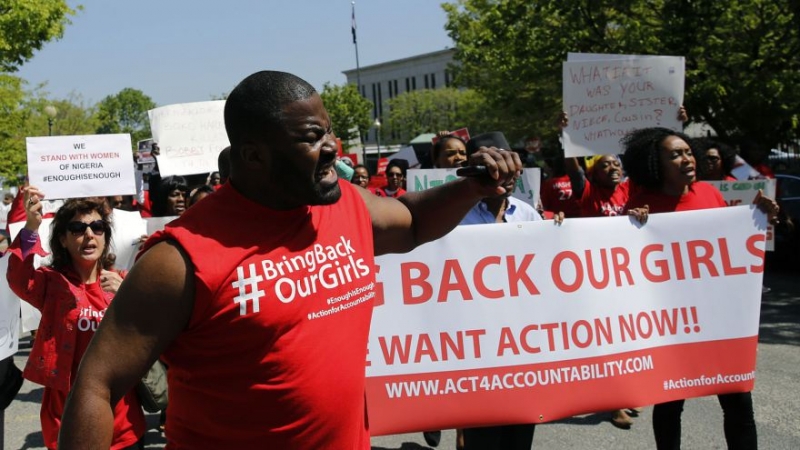 After all, the story goes, he was the son of canoe makers who grew up without shoes in the Niger Delta area but lifted himself out of poverty through education.

Not just a university degree, but a PhD. He became a symbol that, no matter the circumstances of birth in Africa’s most populous country, one could rise to the highest levels of political success: the Aso Rock villa.  That’s Nigeria’s “White House.”

Yet there were elements of luck too. Jonathan was twice a running mate who was elevated because his principals could not serve out their terms.   As vice president, he kept a low profile but then his boss died in office, elevating him to the top job.

The tale of a poor man, not part of any political dynasty who rose to be president by the dint of his hard work and strokes of luck, played well in 2010.

Then it was time to govern.  To deliver on promises made.

But things never seemed to get better for the average Nigerian, despite the booming oil-rich economy.

Back then, he promised to stabilize electricity in Nigeria—but the country still remains in darkness most nights and every citizen who can afford to buys a generator. Power cuts last for hours on end.

In early 2012, the president removed the subsidies that made it affordable for the Nigerian Everyman to buy gas for their cars and portable generators. Nationwide #Occupy Nigeria demonstrations paralyzed the country for five days.

A year later, he told CNN (to the bewilderment of many Nigerians) that should one inquire about the power situation, ordinary folks would agree that he had made great strides.  His government had “kept faith.”

Was he completely out-of-touch?  Hand he not been outside the presidential villa in any city at nighttime?  Or had he simply morphed into a quintessential say-anything politician? The facts be damned?

Yet the reality was Nigeria was sliding backwards and his inner circle appeared to either shield him from that or simply not care.

Today the CIA World Factbook points out that 62% of Nigeria’s 170 million people live in extreme poverty. Seventy percent are below the poverty line. Government revenues are $23 billion-plus annually.

His cabinet members showcase excessive displays of wealth (likely from taxpayer coffers) such as buying armored BMWs and hiring private jets. Yet it is impossible for him to find fault or discipline them.

But when central banker Lamido Sanusi sounded the alarms bells that $50 billion is, well, missing from government accounts; he gets fired.

For Jonathan, the optics are rarely good and embarrassment isn’t even in the equation. And after months of unanswered questions, unwittingly, turns the matter into a joke.

He careened from crisis to crisis, but instead of solving problems, Nigerians have a leader who seems consumed with reelection in 2015.

Thus, he began the year pandering.

First to the religious right; he offered a draconian criminalization of citizens who are sexual minorities and anyone who has any association with them.

Then he fast-tracked the construction a new bridge over the River Niger, which residents have sought for decades as the current one is old and in disrepair.

Yet at the same time he backed criminalizing gays and made promises to deliver on infrastructure.

The reality: Highways remain dilapidated, airports continue to resemble crumbling abandoned edifices, and one job vacancy elicits thousands of applicants. Universities remain in shambles.  And millions scrape by eking out a living that places them among the world’s poorest despite the nation’s wealth.

What happened to the promise and hope of leadership from Jonathan?

Much of Nigeria’s success stories—and there are many—are derived from the private sector and with the $510 billion economy now Africa’s largest. But still money is concentrated in the hands of the few while millions are mired in poverty. For all its growth and revenues, Jonathan’s government has no Emirates-style infrastructure achievements to show.  Money has simply vanished.

It is against this backdrop that the terror group Boko Haram has been escalating its war on the Nigerian government.  Northern Nigeria remains extremely poor. It is fertile ground for Boko Haram’s message: They claim western education is forbidden and say they want an Islamic state with strict adherence to the Koran.

So their modus operandi has been to create chaos.

Jonathan’s first response was to try to crush them militarily.

Then he seemed to shrug his shoulders and hope for the best.  His attitude can, at best, be described as ineptitude—namely by not heeding the warnings that girls would be abducted after terrorists slaughtered young boys in another school a few months ago.

On April 14, members of the Boko Haram stormed a boarding school in Chibok, Bornu stat, and  took hundreds of girls by lorry into the dense forests near the country’s border with Chad.

Only after finally fed-up Nigerians pushed the world to intervene by simply saying #BringBackOurGirls online and in demonstrations around the world … finally Jonathan broke his weeks-old silence.

Only to admit he has no clue where the 276 girls are.

Only then did his finance minister, Ngozi Okonjo-Iweala, who spends considerable effort telling—some would say bamboozling—western press how wonderful her efforts have been in turning the economy around, decide the girls were worth mentioning.

The minister under who is coordinating Africa’s Davos, the current World Economic Forum for the continent, has been known to tell journalists how she could be earning a fat paycheck at the World Bank but she’s instead she’s doing the hard work in Nigeria with her boss, Jonathan.

Before flying to New York last week to get an accolade from Time magazine, she rattled off to journalists plans for the 6,000 military personnel to protect world leaders and Fortune 500 representatives in Abuja, Nigeria’s capital, this week for the summit.

But of course there was no mention of the missing girls.

Only after the outcry of the ordinary people, with their supporters on Twitter around the world, did she now claim that she and president can’t sleep at night out of worry. (The optics are never good for these folks.)

And it is backfiring as international press now think of him as ineffective and leading a corrupt bunch.

Only after the outcry did Jonathan’s wife, Patience, display what seemed to be crocodile tears on national television.  Then she promptly berated activists and women for demonstrating against her husband’s administration.

The writer Teju Cole, rightly dubbed her ‘The First Lady of Surrealistan.”

How is it possible that a government can only respond to such heinous crimes only after pressure from the outside world?

Would he have been so slow to act or even convey sympathy and empathy were these girls his daughters, his friends’ daughters, or children of the elite?

Once again, the president could actually take a page from Obama’s book. With elections looming in 2012, Hurricane Sandy struck and Obama and his team were all hands on deck.  The election took care of itself.

If only Jonathan and his team would do the same.  And act like they care? Maybe do something bold.

If only. Few are holding their breath. I’m not.

Previous Post Nigeria has made bad choices,They have squandered their oil wealth, they have allowed corruption to fester and now they are losing control of parts of their territory – Hillary Clinton
Next Post Rented crowd and real parents: Forensic DNA technology could identify kidnapped Nigerian girls