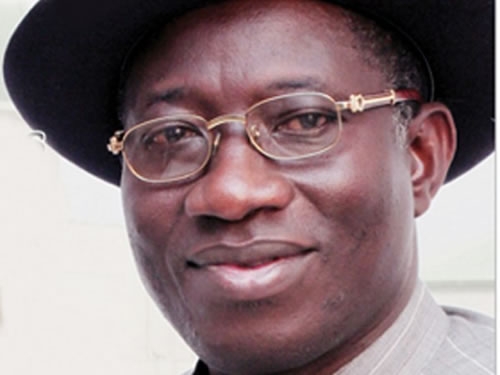 The Presidential Villa, popularly called Aso Rock, has never failed to impress me with its grandeur. Enclosed amidst an aggregation of towering rocks intricately set in place by Mother Nature, hedged around by a man-made canal and shielded from easy view by big trees and tall shrubbery, the Villa had obviously been designed by an architect with his mindset on maximum security.

It was to this splendiferous and pulchritudinous architectural terra firma (apologies to Honourable Patrick Obahiagbon) that I was reluctantly hauled a few weeks ago by my friend and fellow writer, Professor Atukwei Okai, the Secretary General of the Accra, Ghana-based Pan African Writers Association (PAWA). Professor Okai had requested that as a former National President of the Association of Nigerian Authors (ANA), I should join the PAWA delegation to visit President Goodluck Jonathan in order to brief him about the association’s activities, especially as they relate to the forthcoming African Writers Day, scheduled for later in the year. Expectedly, the visit was preceded by a brief meeting where the visiting team had a rehearsal before proceeding to the Villa. At the meeting, I met other members of the delegation who included the renowned author and now traditional ruler, Professor Chukwuemeka Ike; David Mungoshi (President, Zimbabwean Writers Association), Sylvie Ntsame (President, Gabonese Writers Association), Sylvester Allortey (President, Ghanaian Writers Association), Nnimmo Bassey (former General Secretary, Association of Nigerian Authors) and some PAWA administrative staff.

During the meeting, Okai explained that in addition to the speech he would read, PAWA would also use the occasion of the visit to confer the award of Patron of PAWA on Jonathan, during which the president would be awarded a certificate and a medal as the insignia of office. These presentations will be followed by a ceremony where the president will be made to sit on a ‘PAWA stool of royalty’! The meeting thereafter allocated specific roles to the team members. My duty was to introduce Professor Okai to the president before Okai introduces members of his team and proceeds to read his speech and present the medal and certificate. This would be followed by Sylvie who will present some books to the president.

The problem was how the president will respond to Sylvie’s presentation, which will be done in French. “That shouldn’t be a problem,” Okai responded. “All that the president needs to do is to say ‘mercie.’” The next step was not that simple; Professor Ike and Okai will lift the president and make him sit on the Royal Stool three times!  I observed that sitting the president on a stool will be difficult to achieve for security reasons.

However, Okai did not see anything wrong in it. As he put it; “the stool would have been screened by the security agents, so, there is nothing to worry about. In addition, several other African leaders, including the ageing President Robert Mugabe of Zimbabwe, have all gone through the process before now.”  After a lengthy debate, the meeting agreed that we should proceed with all our plans.

And so it was that we all departed for the Villa on the appointed day and time. I was no stranger to the presidential power base having frequented the place for meetings during my tenure as a member of the House of Representatives during the time of former President Olusegun Obasanjo, who was always a good but sometimes austere host. I could still recall an occasion when OBJ had invited the South West caucus in the House for a dinner/meeting. Although the meeting held till the wee hours of the day, all that was served for ‘dinner’ was bottled water, sweets and kola nuts.

Luckily, some of us who had been warned about the president’s austere methods had taken some ‘insurance policy’ in the form of eba and okra soup before the meeting so we were not as affected as majority of the members who went home hungry and angry!

Fortunately, our visit to President Jonathan was purely official and it was kept that way. At the Villa’s security gates, the PAWA Stool of Royalty was given a thorough screening by the courteous yet suspicious security agents who kept admiring the well crafted and beautiful piece of wood work. We were soon comfortably seated in the Villa’s waiting room during which time my friend and member of the literary clan, the current Media Adviser to the President, Reuben Abati, came to pay members of the team a brief visit. Reuben looked much relaxed for someone who had taken a lot of flak in the past few years from his legion of erstwhile literary admirers who thought he had ‘sold out’ by joining the government. I also used the occasion to reconnect with another good friend and now adviser to the president on documentation, Oronto Douglas.  Much of the positive outcome of our visit to the Villa goes to Oronto, a former compatriot in the civil society organisation days. The visit equally afforded me the opportunity to meet the Minister of Culture and Tourism, Edem Duke, who I last saw way back in our secondary school days when we both scribbled for the school’s newspaper, “The Gong.” He was a good writer and I hope he has not abandoned the craft.

The presidential visit soon commenced with the introductions, after which Professor Okai gave his speech. Sylvie later presented our gifts of books in French, leaving a bemused president asking for a translation until one of his aides muttered ‘merci’ on his behalf. Everything went well as Okai presented the certificate and the medal to the president who humbly removed his hat to allow the medal be placed on his neck. Trouble, however, started when Okai beckoned on Professor Ike to come forward and assist him in placing the president on the ‘Stool of Royalty’. Quickly, a protocols officer moved forward and tried to take the stool away from Okai, insisting that the president would not sit on the stool.  However, Okai was determined to carry out the ceremony. “We came all the way from Ghana for this event,” he told the protocols officer. For a moment, there was tension in the room as the protocols officer stood his ground on not allowing the president to sit on the stool. “Just present the stool to the president,” one of the aides advised in the ensuing brief stalemate as Okai also insisted on carrying out the ceremony.   Luckily, a truce was reached as Okai grudgingly released the stool, bowed to the president and took his seat.

In his remarks after the incident, the president thanked the team for coming as well as honouring him with the awards. He apologised for his inability to sit on the stool on the directive of his protocols officer but promised to do so in the comfort and privacy of his office. He went on to enumerate his commitment to the book business, especially the improvement of the reading culture through his “Bring Back the Book” project, which he inaugurated some years back. He also promised to make sure that Nigeria fulfilled its financial and moral commitment to the Pan African Writers Association as well as all activities planned by the association. He thereafter allocated responsibilities to different members of his team in fulfilling his promises.

As we later filed out for the ceremonial group photograph with the President after the visit, Okai was still angry over the refusal of the protocols officer to allow the president to sit on the stool. “It was an unnecessary overzealousness,” he said under his breath. “At least, the stool had been screened for any potential security issues, so why the fuss?”

“The screening cannot detect any juju that could have been put on the stool,” I said, trying to make light of the issue. “Supposing the president sits on the stool and suddenly disappears? We can’t afford that,” I added as we both burst into laughter at the joke.

And even though the visit ended on a good note, a television footage of our visit which showed me chatting with the president after the group photograph later became the object of some enquiries by my friends.

“What were you discussing with the president after the official visit was over?” asked some of my friends, including some political associates. The question must have been predicated by the recent visits of some politicians to the president who were suspected of trying to cross carpet or looking for one form of political patronage or the other from the president. I explained to my friends that I did not go to the Villa for politics but to discuss how to get more Nigerian youths reading and writing.

And as we later waited for our official vehicles to ferry us out of the expansive and palatial structure, I took time to admire the enchanting greenery, the immaculately manicured lawns and the soothing palms that wriggled gently to the rhythm of the daylight breeze. It was a wonderful sight that further accentuated the beauty of the all-white sprawling and picturesque villa. The enchanting ambiance coupled with the recent incident of the president and the PAWA stool suddenly liberated my creative juices.  With a few salacious stories of some missing billions of dollars, ministerial bulletproof vehicles and private jets thrown in for good measure, perhaps a sequel to Tenants of the House could be in the making.

Dr. Okediran is a former President of the Association of Nigerian Authors (ANA)