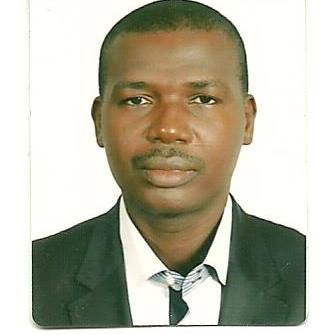 The Lagos State Government has denied attempting to assassinate Mr. Ebun-Olu Adegboruwa, the human rights lawyer who sued the government over the collection of toll on the Lekki-Ikoyi Link Bridge.

The state government has written to the Lagos Commissioner for Police, Umar Manko, to investigate the claims by Adegboruwa that the government planned to assassinate him because of the case he won against it at the Federal High Court.

Adegboruwa, in a press release, said armed men stormed his house in Lekki, attempting to assassinate him but for the intervention of the police, he would have been dead.

He accused the state government of masterminding his attempted assassination, calling on Lagosians to hold the government responsible if anything should happen to him.

Reacting in a letter written to the Commissioner of Police and dated 15 April, 2014 by the Attorney General and Commissioner for Justice, Ade Ipaye, the government said there was the need for the police to investigate the alleged assassination and make the findings public.

“It is a fact that Mr. Adegboruwa is a litigant in a case involving the state government.  The case is currently pending before both the Court of Appeal and the Federal High Court. The state government, as a consistent champion of rule of law and good governance, considers it preposterous that a legal practitioner of Mr. Adegboruwa’s standing, would level such a grievous and unsubstantiated allegation against the Lagos State Government without any factual or empirical investigation being conducted, and without providing a shred of evidence in support of his claim,” he said in the letter.

Ipaye added that the safety and security of every member of the society was of great concern to the government, saying that there was no way it could mastermind the alleged attempted assassination of Adegboruwa.

“Having regard to the seriousness of the allegation of Mr. Adegboruwa, I hereby respectfully request your offices to please investigate the allegation for the purpose of establishing veracity of same and apprehension of the alleged assailants. It will be appreciated if you would prioritise this investigation and make report of your findings public as early as practicable. A copy of this letter is being endorsed to the Director of the State Security Service and the State Commandant of the Nigeria Security and Civil Defence Corps for their information and necessary actions,” Ipaye stated.

On Monday, Adegboruwa claimed that at about 3 a.m, eight armed men stormed his house at Plots 1-3, Ebun-Olu Adegbouruwa Lane, Itedo, Lekki Phase 1, Lagos, saying that they were well armed with short guns.

“They scaled through my fence, tied my security man and my driver at my gatehouse. They asked if the compound belonged to Adegboruwa, if Adegboruwa had a mobile police guard, if Adegboruwa lived alone or had tenants, and whether my neighbour had policemen on patrol.

“They then demolished my window burglar bars; they scaled upstairs to my terrace to break into my living room upstairs, by which time I had already called for help from my neighbours and the police. They tried to gain entrance into my kitchen downstairs without success. They then descended upon my security man and driver, beat them mercilessly and started uprooting my burglar bars with the heavy instruments that they brought,” he explained.

He said he saw the armed men from his location upstairs, adding that they looked very mean and determined, possibly not the usual armed robbers after material things.

“I do believe that this was an assassination attempt upon my life by the enemies of the people of the masses of Nigeria, and in particular the good people of Lagos State in the Lekki-Ajah axis. One of my neighbours has since confirmed that he actually saw a car that dropped off these armed men around my house  at about 2a.m. They were sent on specific instructions,” he said.

Adegboruwa said he believed that those who had vested interests in the continued collection of the illegal toll fee on the Lekki-Ikoyi Link Bridge were at the bottom of this assassination attempt as a way of discouraging him or stopping his legitimate struggle against illegality, oppression and all undemocratic tendencies of the government.

“I will not give up on this struggle, no matter the intimidation and harassment that I may face. It is a cause that cannot be stopped. Consequently, I call on Nigerians to hold the Lagos State Government and all those who have vested interests in the Lekki Ikoyi bridge toll fee, responsible for any harm that may come my way,” he stated.

Spread the loveBy now, most people have read the story END_OF_DOCUMENT_TOKEN_TO_BE_REPLACED