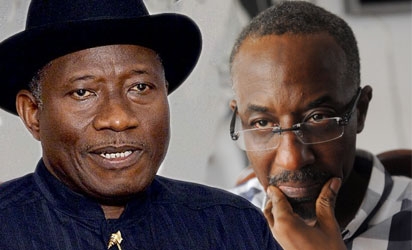 The court presided over by Justice Ibrahim Buba also ordered the Federal Government to offer a public apology to Sanusi and return his seized passport immediately.

The court further ordered that Sanusi should not be arrested without due process henceforth.

In his judgement, Justice Buba dismissed the preliminary objection raised by the Attorney General of the Federation, Mohammed Adoke, that the issue between the Federal Government and Sanusi has to do with labour matters.

However, in dismissing the objection, the court said the issue brought before it by Sanusi was in relation to violation of his fundamental human rights.

In the 33-paragraph statement of claims sworn to by Sanusi and filed before the court, Sanusi alleged that as he was returning to Nigeria on 20 February, 2014 from Niger Republic where he went to attend the meeting of Central Bank Governors of ECOWAS states, in his capacity as Nigeria’s Central Bank Governor, his passport was seized at the Murtala Muhammed International Airport in Lagos and he was detained for one hour by SSS operatives.

Consequently, his fundamental human rights were not only breached but also violated and that there was threat of further arrest and detention.

The judge said the Attorney General’s objection could not be sustained and what Sanusi came for was violation of his fundamental human rights which has nothing to do with labour matters, industrial relations or trade unionism.

However, the Attorney General in his defence alleged that Sanusi’s tenure as CBN governor, was characterized by financial mismanagement recklessness and mismanagement.

The Inspector General of Police, Mohammed Abubakar, who is also a defendant in the case, in his defence claimed that he didn’t seize Sanusi’s passport neither was Sanusi arrested or detained by him, therefore, Sanusi has no case against him and he has not done anything to violate Sanusi’s rights.

SSS on its part alleged that there is an allegation that Sanusi is financing a terrorist group, hence there is need for him to be investigated, which led to the seizure of his passport.

However, in his reply, Sanusi said the issue of financial recklessness and financing of a terrorist group was an after thought, adding that the basis for his harassment and threats of arrest and detention was because he exposed non remittance of oil revenue to the federation account by the NNPC.

In his judgement, the judge said no material was brought before the court that Sanusi  was financing a terrorist group, therefore the allegation was an after thought.

The judge says the action of the SSS deserves condemnation and deserves exemplary damages.

Buba said the SSS has no power to seize the passport of any citizen without any due process, citing section 5 (1) of  the Passport Act.

The judge also said therefore the seizure of  Sanusi’s passport was a violation of his fundamental human rights and ordered that his passport should be returned to him, citing the case of Shugaba who was deported from Nigeria unlawfully.