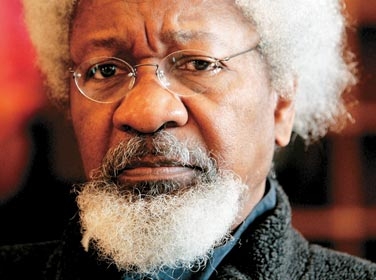 AS delegates to the National Conference in Abuja continue to work on a new constitution and system of government that will best suit the country, Nobel Laureate, Professor Wole Soyinka and former Foreign Affairs Minister, Dr Odein Ajumogobia, on Wednesday in Lagos, endorsed a return to parliamentary system of government as against the presidential system currently in operation.

The duo made this submission at a public service debate organised by St John’s Forum where a vote taken of the audience by former Secretary-General of the Commonwealth, Chief Emeka Anyaoku, who moderated the debate, recorded 57 in favour of parliamentary system as against 33 for a presidential system of government.

Besides, Soyinka and Ajumogobia other panelists, who spoke on the subject entitled: “Will Nigeria Be Better Served By a Parliamentary System of Government?” are Professor Okechukwu Oko, who stood in for the Deputy Senate President, Senator Ike Ekweremadu and Dr Abdul Mustapha from Oxford University, United Kingdom.

Speaking at the Agip Hall, Muson Centre, Onikan, Lagos, venue of the debate, Professor Soyinka, who spoke in favour of parliamentary system in a subtle manner, made reference to the International Parliament of Writers, of which he is a member, saying members made laws and travelled around the world, but took no constituency allowance in spite of that. “What is constituency allowance meant to serve?” he queried.

Soyinka, who noted that certain factors determined whatever system of government a nation adopted, took a hard look at the composition of lawmakers in the National Assembly, citing the particular example of a senator, who he said as governor, ran a draconian government but was later found to be a paedophile.

“It takes great honour to make the honourable list,” the Nobel Laureate said, just as he observed that any system adopted by any nation depended on the commitment of the people around the corridor of power for its success.
Soyinka, however, submitted that Nigeria, at this stage, needed a system that is less costly to run, not easy to manipulate and not prone to corruption.

According to Professor Oko, it is not the system that is faulty but the operators running it, arguing that Nigeria needed a system that would better protect the rights of the citizenry and give more accountability to the people in terms of checks and balances.

“If you have a presidential system, you have a powerful man as president, but the checks and balances are there to prevent an Abacha type of government,” he said, arguing that the the presidential system of government guaranteed stability better than its parliamentary counterpart where a prime minister was prone to incessant vote of no-confidence on the floor of the parliament.
Oko, who argued that no system was perfect, however, noted that the country might not have been able to say hurray yet, but had been operating the presidential system for the past 14 years and still moving forward unlike the parliamentary system which he said collapsed just after six years in operation.

He also noted that corruption was not so rampant under the system, describing it as being more transparent than the presidential system of government.

According to him, out of the 30 least corrupt countries in the world, 23 of them operate the parliamentary system, while out of 50 most corrupt countries, 33 are under the presidential system of government.
“It is about competence, the party in power wants to win and win again, so they put their best in office. It is a system that Nigeria can benefit from,” h said.

In his opening remark, Chief Anyaoku, said the debate came at an opportune time when President Goodluck Jonathan had put together a National Conference, which his government aimed at sanitising the country.

Previous Post Gboyega Nasir ISIAKA : PROFILE OF A LIFE OF PURPOSE AND VALUE.
Next Post BEING TEXT OF PRESS BRIEFING CONDUCTED BY OGUN WEST REBIRTH ON SOME BURNING ISSUES OF URGENT IMPORTANCE.