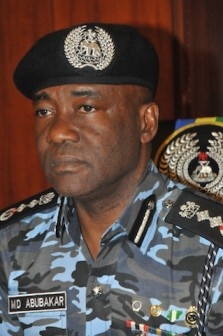 A Nigerian Federal High Court in Jos, in the central state of Plateau, has fixed March 26, to hear a N505 million suit filed against the police by 75-year-old Abdullahi Mohammed, for causing the loss of limb of his son, a test case of whether Nigerian citizens can get reparations for the excesses of police men.

Mohammed alleged that the incident took place in Mavo village in Wase Local Government on Nov. 15, 2011.

He alleged that the police unconstitutionally stormed the home of his son, Musa Mohammed, 40, shot him in the right leg, and arrested him along with his four children.

He said the police detained them at the Langtang North Police Division headquarters.

According to him, the police later carried his son to Langtang North General Hospital, where he was abandoned without treating the wound inflicted on him, until the leg began to rot.

He said that it was after the condition of the son had degenerated that the family was allowed to take him to Kano Orthopedic Hospital, where the leg was finally amputated.

The applicant prayed the court to declare the action of the police in storming the residence of his son, shooting him, and his subsequent detention, together with his grand children, as “barbaric and unconstitutional“.

He further prayed the court to compel the IGP to pay the sum of N500 million as general damages, and another N5 million as special damages towards off-setting the son’s hospital bills.

When the case came up for hearing before Justice Ambrose Allagoa on Tuesday, the defendants were not in court.

Mr Bala Bako, counsel to the Mohammed, told the court that the case could not continue due to the absence of the defendants in court.

“My Lord, this case is slated for hearing today, but because of the absence of the defendants in court, I am afraid the case can not go on.

“This is an important case, but we understand that the defendants have not been served with the hearing notice.

“We hereby request that a hearing notice be served the defendants, so that they do not come and say that the case was heard behind them, “ Bako demanded.

Allagoa, after listening to the prayers, ordered that the hearing notice be served the defendants, and adjourned the case till March 26, for hearing.