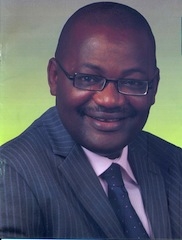 A 2015 governorship aspirant on the platform of the Labour Party in Ogun State, Gboyega Nasir Isiaka has been linked with a fraud amounting to N2.8 billion by the Ogun State Government.

GNI, as he is fondly called by his supporters, was the Group Managing Director of Gateway Holdings, an Ogun State-owned company which was established by the Otunba Gbenga Daniel administration in the state.

Ogun State Commissioner for Finance, Kemi Adeosun, disclosed this Thursday while answering questions from members of the Ogun State House of Assembly who invited her alongside the Works and Infrastructure Commissioner over the N19 billion loan being sought by the governor.

She revealed that the company under the leadership of Isiaka took a loan of N2.8 billion towards the end of their administration in 2011.

Adeosun explained that the loan was said to have been meant for construction of a head Office for the company, declaring that, to date, there was no foundation anywhere in any part of the state for the proposed head Office.

She informed the legislators that two banks from where the loan was taken have been seeking the repayment of the loan since the company belongs to Ogun State.

Adeosun who described the establishment as a sham further said the state government was already challenging the request for the repayment of the loan in a court of law, noting that the state could not say what the loan was used for.

She further alleged that for five years when the company operated under the last administration, there was no audited account of the company which handled all investments of the state.

According to her, “since they were established up till now, they do not have audited account and for about five years with Mr Isiaka as the GMD, there was no audited account. There’s a bank now that has issued a petition to wind it up. They took a loan of N2.8 billion just before the election, they said they wanted to build head office.

“I have searched Abeokuta and I cannot even find the foundation. What the banks are saying is that we all know Gateway Holdings is Ogun State, ‘come and pay’ and we are in court now.

“Because as a lender, somebody said he wants to build a head office and you gave them N2.8 billion, you too didn’t look to see the foundation, how many blocks have been done, we have been dragging it with them and the money is gone. Gateway Holdings is a sham.

“Finbank and former Oceanic Bank are now chasing us on the loans, what the loan was used for, we can’t say.”

When our correspondent contacted Isiaka on phone to react to the allegation, he debunked it and

promised to issue an appropriate reply within the next 24 hours.

Isiaka, who is out of town for now, described the Finance Commissioner as someone who was known for making conflicting, inconsistent and frivolous allegation.

“All I can tell you for now is that the woman is fond of opening her mouth and saying anything. In the first instance, I want to tell you that both allegations are wrong, they are malicious, they are baseless and we shall reply appropriately.

“I can’t really say much for now, but from what I have heard about hersince she got into the office, she is fond of making conflicting, inconsistent, wrong information and this is just one of them,” Isiaka said.

Previous Post Sporadic shooting ongoing in Borno town, Konduga, as Boko Haram returns 48 hours after killing 39
Next Post Why The South-West Did Not Vote For Me In 2011- Ribadu