ANKARA, TURKEY — President Goodluck Jonathan,on February 01, 2011 , said he has no ambition to stay in office beyond 2015- Vanguard 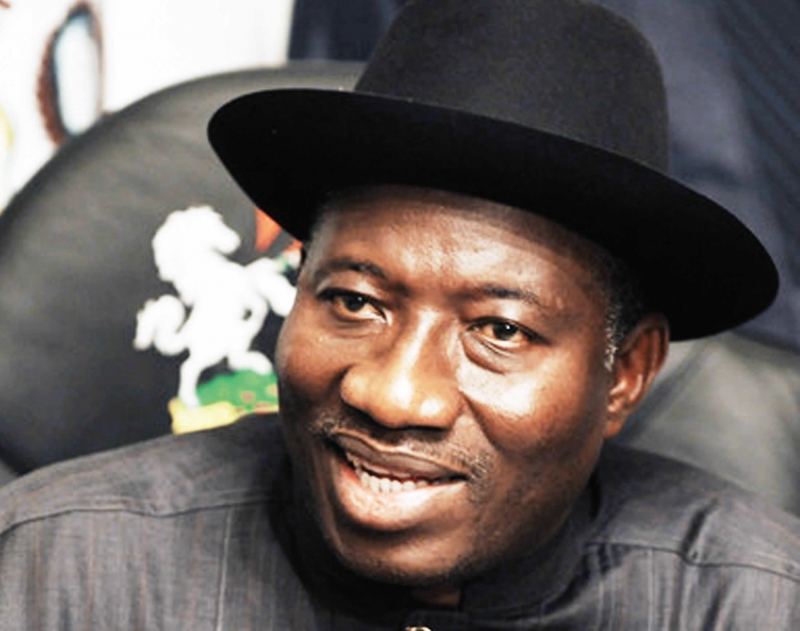 
ANKARA, TURKEY — President Goodluck Jonathan, on February 01, 2011, said he has no ambition to stay in office beyond 2015, assuring Nigerians in Diaspora that while he will not contest the 2015 election, he will ensure that this year’s election is free and fair.

The President promised that if voted in for the next four years, he would ensure significant improvement in key sectors of the economy — security, power, education, road, health amongst others.

“Without security, there is no government. So it is not debatable, it is something we have to addressed and we are working towards that with vigour. But if I’m voted into power within the next four years, the issue of power will become a thing of the past. Four years is enough for anyone in power to make significant improvement and if I can’t improve on power within this period, it then means I cannot do anything even if I am there for the next four years.”

Jonathan said this while interacting with Nigerians mainly diplomats working in the United Nations Economic Commission for Africa, UNECA, and the African Union, AU, in Addis-Ababa.

While fielding questions from those present at the interactive session on whether Nigerians abroad will vote, Jonathan said: “I would have loved that the Nigerians in Diaspora vote this year but to be frank with you, that is going to be difficult now. Presently, the law does not allow the voting outside Nigeria and so this year Nigerians in Diaspora will not vote but I will work towards it by 2015 even though I will not be running for election.”

On the issue of security, Jonathan said the government was doing everything possible to arrest the situation. He disclosed that all those involved in the October 1 bombing had been arrested and were being prosecuted. He, however, said he ordered the release of the car dealers because they were just businessmen who could not have known that the vehicles were to be used for such heinous crime.

On education, the President said, the nine new approved universities were to be specialised and to be headed by at least three Nigerians experts in Diaspora.

On the concerns raised of having a database of Nigerian experts in Diaspora, President Jonathan assured that he was working on creating a forum for interaction between them and government and also develop a database, where experts needed to address the various challenges of the economy will be drawn. He hinted that this was why the Diaspora Commission was being set up as the bill was already before the National Assembly.

The President also disclosed that the government is looking towards reviewing the country’s foreign policy to ensure that Nigeria gets maximum benefit from its roles and contributions to international organizations like the AU, UN and ECOWAS.

He lamented that right now Nigeria’s contributions were not being recognized adding that “there is need for Nigeria to have something in return for our investments. We are investing so much but it is not being noticed and there is need to reverse that trend.

On the concerns about road network and transportation in the country, President Jonathan assured that the railway system will be revamp because presently heavy duty vehicles were destroying the roads. “Why we cannot have continuous road maintenance for now because no contractor wants to go into it because of the continuous pressure on the road by heavy duty vehicles. That is why we are working to ensure that we revamp the rail”.

The President also assured that Nigerians working in international organization and institutions would be issued diplomatic passports. He directed the Minister of Foreign Affairs, Odein Ajumogobia to submit the list of those qualified within the shortest possible time to him.

On the 35 per cent affirmative action implementation and the domestication of protocols signed, he assured that he will present before the National Assembly within the shortest possible time

Spread the love(Genesis 50:14 (NIV) …14 For God shall bring every END_OF_DOCUMENT_TOKEN_TO_BE_REPLACED

Previous Post When Will Our Shackles Be Broken? By Femi Fani-Kayode
Next Post Governor Suntai Admits He Is Not yet Fit enough To Return To Office