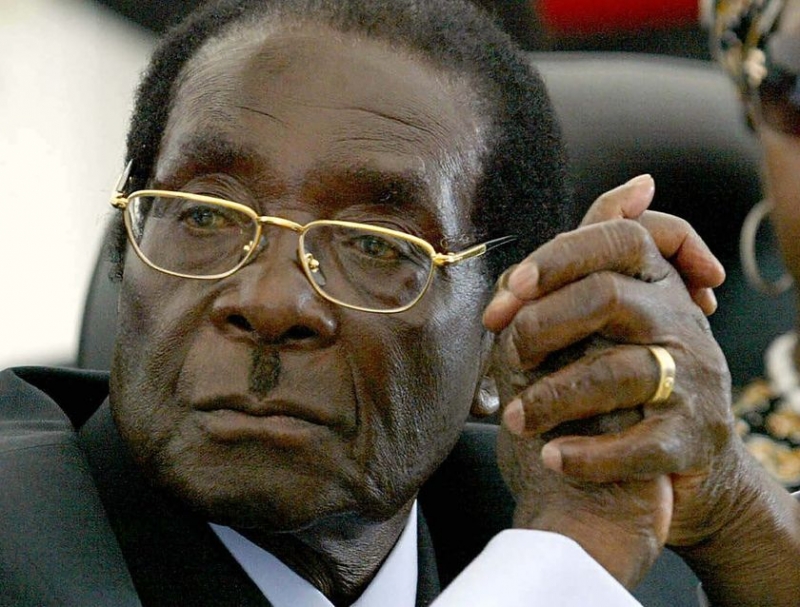 Zimbabwe President Robert Mugabe appeared in public for the first time in several weeks on Monday to mourn the death of his sister, ending speculation that he may be bed-ridden, in declining health or even dead.

The health of Mugabe, who is 89 and has ruled since the former Rhodesia’s independence from Britain in 1980, is the hottest news topic for Zimbabwe’s 13 million people and its ruling ZANU-PF party.

ZANU-PF is struggling to keep a lid on a battle over succession and there are fears it could implode in a bloody factional fight that might even suck in the army if Mugabe dies without resolving the issue.

Mugabe, who has spent two weeks of his current bout of annual leave in Singapore, appeared at his official State House residence to accept condolences for his 78-year-old sister Bridget, who died in Harare after three years in a coma.

Mugabe appeared downcast over his bereavement but showed no visible signs of ill health as he greeted senior party officials and spoke of his sister’s life.

Rumors sparked by his recent absence from the spotlight have been swirling around Harare in the last two weeks, some suggesting that the veteran leader was seriously ill and other even suggesting he had died.

As with previous rounds of speculation, his lieutenants dismissed the rumors as baseless. Mugabe has denied that previous trips to Singapore were for prostate cancer treatment.

Joice Mujuru, Mugabe’s vice-president both in government and in ZANU-PF, is frontrunner in the race to succeed the president. But her main rival, Justice Minister and former defense minister Emmerson Mnangagwa, has not given up, analysts said.

Mugabe himself maintains there is no crisis, arguing that the party is strong and organized enough to choose his successor at the right time. His critics say he wants to die in office.

In an editorial, the private Daily News, which is critical of Mugabe’s rule, called for more transparency about his health.

“Perhaps one way of mitigating the speculation around the President’s health is for the government to be as transparent as possible about his travels and his health, obviously balancing this against his rights as well as the interests of his family,” the newspaper said.

Spread the loveBuhari’ government through the ministry of finance took END_OF_DOCUMENT_TOKEN_TO_BE_REPLACED

Previous Post Morocco vs Nigeria 3-4 All Goals & Full Highlights (CHAN 2014) HD
Next Post When Will Our Shackles Be Broken? By Femi Fani-Kayode