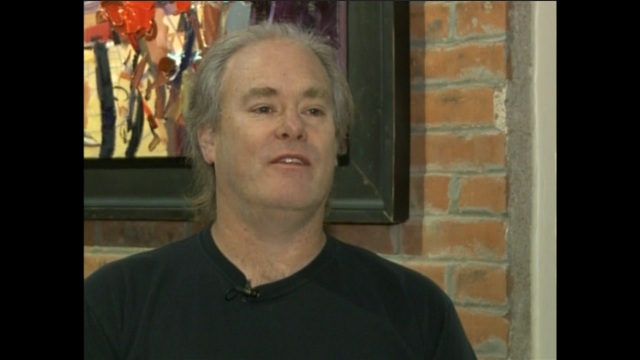 A Kansas sperm donor caught in the middle of a child support case says he wanted to help a lesbian couple when he made the donation nearly five years ago.

Instead, he may end up paying for his action.

A judge ruled that William Marotta must pay child support, even though he says he signed documents waiving his parental rights.

The documents show that the lesbian couple whom Marotta helped conceive a child say they performed the artificial insemination procedure at home.

'I donated genetic material, and that was it'

This story begins on Craigslist in March 2009. That was when Marotta noticed an advertisement from the Topeka couple, seeking donated sperm.

"Intrigued" by the ad, he says, he delivered three cupfuls of his sperm — gratis — to the women.

One of the women gave birth to a daughter in December 2009, according to court documents.

"I donated genetic material, and that was it for me," he told CNN affiliate WIBW.

Or so he thought. That changed when the parents separated and one of the women stopped working because of illness and applied to the state for help, he said. The state contacted Marotta for child support.

Kansas officials were not persuaded by what Marotta says were agreements he signed, before making his donations, that he would assume no financial responsibility for the child, who is now 4 years old.

The Kansas Department for Children and Families said any agreement would not apply because a physician did not perform the insemination.

Marotta said that was news to him.

"I didn't know that there was no doctor involved," he said.

His lawyer, Ben Swinnen, accused the state, where same-sex marriage is not legal, of being politically motivated in its pursuit of his client.

"The cost to the state to bring this case far outweighs any benefit the state would get," said Swinnen, adding his client has no other children.

Swinnen said the state is asking for $4,000 to recoup the money it has spent. It is also asking Marotta to pay child support, which could run into tens of thousands of dollars, he said.

Swinnen said the Kansas court has failed to address many of the challenges brought forward by Marotta, under the guise of statutory interpretation of the law requiring the donor sperm to be provided to a licensed physician.

"From a very narrowly crafted statute, the court has made a very broad rule — that is the issue," Swinnen said.

Swinnen said he planned to appeal the decision.

Marotta: "I'm not her parent"

Marotta said he met the child once — a few months ago — when he and his wife by chance crossed paths with one of the girl's parents at an area carnival.

He said he had no intention of assuming a paternal role. "I'm not her parent," he said.

But under Kansas law, he is her father. Had a physician carried out the insemination, that would not be the case, because Marotta would be able to document that he was a sperm donor and not the lover of the girl's mother, CNN senior medical correspondent Elizabeth Cohen said.

"For all they know, they were lovers," she said. "They need that documentation. He's the dad; he ought to be paying up."

Though a physician would have tested the sperm for sexually transmitted diseases and certain genetic disorders, there are disincentives associated with going through a physician.

A single attempt at artificial insemination costs about $3,000, and sometimes several tries are needed. "It's a lot cheaper to get someone to come on over with their donation, and then do it yourself at home," Cohen said.

Meanwhile, Marotta owes legal fees and has taken his story to the news media. "If enough noise gets made about it, at this point, maybe things will change for the better," he said.

Asked whether, knowing what he now knows, he would answer the advertisement again, Marotta said, "Probably not."

Spread the love(Genesis 50:14 (NIV) …14 For God shall bring every END_OF_DOCUMENT_TOKEN_TO_BE_REPLACED