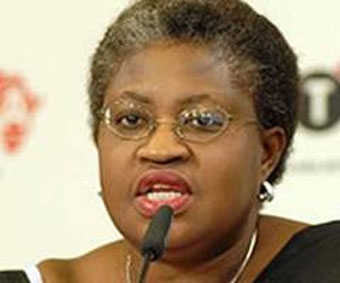 The Customs says under the waiver regime supervised by  Okonjo-Iweala, more than 65 percent of  incentives on export were for  questionable goods

In the last three years, Nigeria lost a staggering N1.4 trillion on import waivers – not N171 billion as claimed by finance minister, Ngozi Okonjo-Iweala — and lost hundreds of billions of naira more as authorities recklessly grant import/export incentives on unapproved goods from rice to fish to kolanuts, with no significant bearing on the economy, the Nigeria Customs Service has said in a new document seen by PREMIUM TIMES.

Comparing the government’s export grant to the well-abused fuel subsidy, the Customs said more than 65 percent of beneficiaries received the grant for goods not approved by the government, which ordinarily should be limited to raw materials, machinery and spare parts.

Recipients of the export grant hold an instrument called Negotiable Duty Credit Certificate, NDCC, which they use in the payment of import and excise duties.

A new memo signed by the Minister of State of Finance, Yerima Ngama, and dated December 11, 2013, now says the federal  government has expanded the scope of the NDCC to cover “other goods,” a decision, Mr. Ngama said was reached by the Federal Executive Council, FEC.

Warning of possible further abuse than already recorded, the Customs service spoke of being “apprehensive” about the purported directive and said it was yet to see the original approval by FEC.

It cited such questionable goods intended to be covered by the new rule as “automobiles (bullet-proof), rice, fish, etc. “Over 65 % of NDCC accepted by the Service are found to have been used for such goods,” it argued.

The details of government losses to waiver provided by the Customs Service, first published by news website Saharareporters, show how the total cost on the federal government differs significantly from the figure declared by finance minister, Mrs. Okonjo-Iweala.

But importantly, they provide a rare glimpse into how government’s policy of quashing import and export charges on select sectors, to help stimulate the nation’s economy, has been massively abused by corrupt officials and their cronies, with the attendant loss of funds to government.

In her response to the 50 questions on the economy posed by the House of Representatives, and a follow-up statement on Friday, Mrs. Okonjo-Iweala said Nigeria’s equivalent cost on waivers between January 2011 and September 2013, amounted to N171 billion.

Still, the minister insisted the figure was not a “loss” to the nation as the lawmakers had suggested, as the national economy benefited directly from the waivers granted.

Mrs. Okonjo-Iweala however admitted there were abuses in the past, which allowed waivers to be awarded to private individuals, but said reforms has since been put in place under her leadership, which ensures greater scrutiny of applications.

But the Customs papers show that abuses have continued even after such effort. Mrs. Okonjo-Iweala herself admitted to such violations, the most apparent being the illegitimate waiver granted controversial car dealer, Coscharis Limited, for the importation of armoured cars for the Aviation minister, Stella Oduah, under the pretext that the cars were meant for the Lagos state government.

In her first open rebuke of that fraud, the finance minister described Coscharis’ behaviour as “reprehensible.”

Yet, even with such clear incidences of abuse, Mrs. Okonjo-Iweala, contradicting herself, insisted the nation had incurred no losses to waivers, in a response to the news story published by Saharareporters.

“Saharareporters arrived at the conclusion that the country has lost $9 billion because it considers every waiver granted by government to critical sectors such as manufacturing, agriculture, power, gas etc as fraudulent and as a loss to the nation,” the minister’s spokesperson, Paul Nwabuiko, said in a statement.

“…We do not share that view and there is no question of loss to the country when it is government policy. The policy choice is between customs revenue and incentive revenues for industries. The government chose the latter because we believe the country stands to gain more from the incentives.”

But the Customs papers countered that claim, and showed how waivers to illegal beneficiaries have, like the fuel subsidy, bludgeoned over the years, with attendant monumental losses to the nation.

The Customs specifically wondered why state governments and government agencies that were not meant to be covered for waivers, now receive such approvals for nearly all of their importations.

“All state governments and other government agencies not listed under or covered by schedule two of the Common External Tariff for import duty exemptions should be mandated to pay for all importations made by them as this also contribute greatly to revenue shortfall,” the Service said.

As a matter of principle, the waiver and exemption policy was adopted to support the government’s objective to enhance the capacity of the beneficiaries to produce their goods domestically to make the country more self-reliant and reduce dependence on imports.

Sectors of the economy that the law expects should benefit from the policy include agriculture, aviation, health, mines and steel, water resources, gas, power, as well as donations to states, education and related ministries, departments and agencies, MDAs.

But the list of beneficiaries, made available by a source in the Nigeria Customs Service, include private individuals and businesses whose imports appear not valuable to the economy.

For instance, a total of N91.506billion was given as government concessions to 290 beneficiaries between January 1 and December 31, 2011.

In the 52-page list, which had Sopon Nigeria Limited as biggest beneficiary, with N32.774billion, there was no indication about the line of business for which it was given the incentive.

Other beneficiaries included the Aluminium Smelter Company of Nigeria, ALSCON, Ikot Abasi (N47.789million) and (N13.715million), despite not producing since 2007.

Equally, about N389.15billion was granted to 149 beneficiaries in 2011 through concessions to fuels, lubricants and allied products businesses.

About 287 beneficiaries got a total of N83.260billion in concessions and waivers for imports between January 1 and September 30, 2013, with Dangote Group alone getting about N26.77billion.

Between 2010 and 2013, records showed that Coscharis Motors received about N2.46billion concession from the government for importation of vehicles valued at about N7.932billion.

Spread the loveAs the nations of the world endeavor to END_OF_DOCUMENT_TOKEN_TO_BE_REPLACED