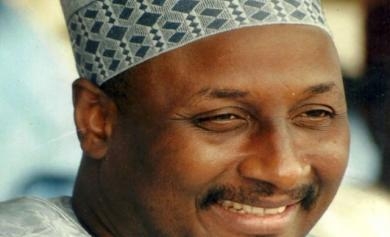 The usually reliable sources told PREMIUM TIMES early Monday morning that Mr. Mu’azu emerged the consensus candidate for the job after a rash of meetings involving President Goodluck Jonathan, PDP governors and other influential chieftains of the party, including Vice President Namadi Sambo and President of the Senate, David Mark.

Mr. Mu’azu, who will now replace Bamanga Tukur, who was forced out of office Thursday, emerged ahead of Minister of Transport, Idris Umar, a former Minister of Commerce, Idris Waziri, former Acting National Secretary of the party, Musa Babayo, a former party spokesperson, Ahmed Rufai Alkali   and a former minister of the Federal Capital Territory, Ibrahim Bunu, who were all widely reported to have jostled for the position.

A party source familiar with the maneuverings and negotiations that threw up Mr. Mu’azu said President Jonathan actually preferred Minister Umar for the position but was outfoxed by governors from the North-East geopolitical zone who all rooted for Mr. Mu’azu.

When Mr. Jonathan tried to insist on Mr. Umar, insiders say, the North-East governors reminded him of how they deferred to him two years ago when he insisted on Mr. Tukur for the position in spite of massive opposition from the zone.

They reportedly warned the president against foisting an unpopular candidate on party members to avoid a repeat of the Tukur situation where the party was perpetually  in crisis throughout his reign.

Mr. Mu’azu, 55, was among candidates who contested for the PDP chairmanship position in March 2012.

In a zonal congress election conducted by the North-East PDP in Bauchi to choose a consensus candidate for the zone at the time, Mr. Mu’azu got only one vote to place last.

Mr. Babayo got 14 votes  to defeat other contenders. Mr. Tukur, who was clearly the president’s anointed candidate for the position at the time, got four votes.

Former Ministers Bunu and Shettima Mustapha scored 2 votes each while Mr. Alkali , just like Mr. Muazu, scored only one vote.

He was appointed to the position even though he is still being investigated for graft by the Economic and Financial Crimes Commission, EFCC, for allegedly looting N19.8billion belonging to his state while he was governor between 1999 and 2007.

The former governor has consistently denied any wrongdoing but he is yet to be cleared of the allegation.

The civic group, Transition Monitoring Group, protested the appointment at the time, saying it was morally wrong for the president to appoint a man being tried for corruption to such a high office.

Mr. Jonathan and the National Assembly disregarded that position and proceeded to clear the former governor for the position.

The TMG statement at the time reads in part, “The Transition Monitoring Group, TMG, is astonished and peeved by this move of the President, especially in the light of the fact that the former Governor is yet to be cleared by the Economics and Financial Crimes Commission, EFCC, of the corruption charges he is facing for allegedly defrauding the coffers of Bauchi State to the tune of N19.8billion when he was Governor of the State,” the group said in a statement on Monday.

“This and other similar acts of Mr. President, particularly his penchant for surrounding himself with famed corrupt individuals, makes his government’s so-called anti-corruption efforts a laughing stock, for it is patently obvious from his antecedents that President Jonathan endorses corruption.

“The EFCC is investigating Mr. Mu’azu for allegedly stealing billions of naira belonging to Bauchi State during his term as governor between 1999 and 2007.Other names forwarded to the Senate for confirmation as Commissioners of PENCOM include Chinelo Anohu-Amazu (South East), Reuben Omotowa (North Central), Mohammed Ka’oje (North West), and Adesojo Olaoba-Efuntayo (South West).But the group said that appointing Mr. Mu’azu to head the commission is in line with his practice of shielding corrupt individuals.

“TMG recalls that in the heat of the corruption charges against the same Mu’azu Adamu, President Jonathan appointed him in 2011 as Chairman of the Board of Nigerian Maritime Administration and Safety Agency (NIMASA),” said the statement signed by Ibrahim Zikirullahi and Eddy Ezurike, the group’s Chairman and Publicity Secretary respectively.

“It was with the President’s nod that Business Mogul, Mike Adenuga and his wife, Titi Adenuga in late 2010 walked free from the EFCC charges they were facing for reportedly collecting bribes from Siemens officials; and it was this same attitude of Presidential Romance with alleged corrupt individuals that enabled controversial Lawyer, Dele Oye to walk scot free from EFCC charges of allegedly acting as front for the defunct Oceanic Bank CEO, Cecilia Ibru; and aiding her to loot tens of billions of Naira in Bank assets.

“The Nigerian people of course will not forget in a hurry how this same President granted presidential pardon to a notorious convicted corrupt former Governor and his kinsman, DSP Alamieyeseigha, and other criminals, including a paedophile.

“Those who recently looted the Police Pensions Board, including its former Director are yet to be brought to book. The list is endless; yet Jonathan’s regime talks about fight against corruption. The attitude of Mr. President in recycling corrupt individuals in public places is worrisome and does not inspire confidence at all.

“In fact, on issue after issue, he has shown that he will never combat corruption but will rather aid, abet and shield corrupt officials.

“The group called on President Jonathan to withdraw, immediately, Mr. Mu’azu’s nomination and take “creative steps” to rebuild confidence and imbue confidence in the anti-corruption war.

“This is the only pathway to redemption, prosperity and development in this country.”