Change in House of Reps leadership-Judge orders the House to maintain the status quo until Monday, February 3- Premium Times 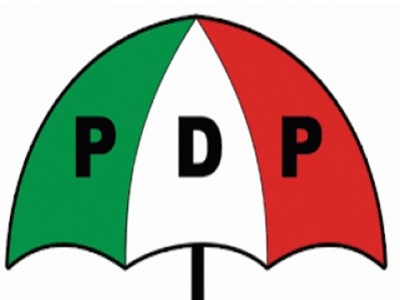 The Peoples Democratic Party, PDP, on Monday, received a boost in its quest to stop a change in the leadership of the House of Representatives.

There have been moves to change the House leadership due to the defection of some PDP members to the All Progressives Congress, APC.

The defection of 37 PDP lawmakers to the APC allowed the opposition become the majority party in the House.

The party took a step closer to getting its wish when Justice Ademola Adeniyi gave a temporary order restraining the House from altering the leadership, pending the determination of the suit brought by the PDP.

The judge ordered the House to maintain the status quo until Monday, February 3, when both the substantive suit and preliminary objections from the defendants would be heard.

The APC recently issued a statement by its spokesperson, Lai Mohammed, accusing the PDP of trying to use the judiciary to interfere in the independence of the legislature.

”Apart from the fact that the sole plaintiff in the case, the PDP, is incompetent and an interloper, the action itself is an abuse of court process, since there is a pending and subsisting order of the same Federal High Court in Abuja between the two parties,” APC said in its statement.

Meanwhile, a representative of the PDP, Nanchang Ndam, has stated in a supporting affidavit that while the defection of some of the defendants was still a subject of litigation before another court, one of the defendants, Femi Gbajabiamila, who is the minority leader, had issued threats to change the leadership of the House.

Mr. Ndam said unless the defendants were restrained, they could carry out the threat and thereby prejudice the earlier suit, cause a breakdown of law and order, and also create parallel activities of the House.

The PDP in its suit with No. FHC/ABJ/CS/2/2014 raised two questions for the court’s determination and sought four reliefs.

It asked the court to determine whether, in view of the mandatory provision of Section 68(1)(g) of the Constitution of Nigeria, and in view of the pendency of an earlier suit by the defecting lawmakers, whether the lawmakers could participate in any proceedings to remove the principal officers of the House.

The PDP also asked the court to determine whether, in view of the provision of Section 68(1)(g) of the Constitution and the pending suit by the defecting legislators, they could lawfully alter the composition or constitution of the House’s leadership.

It also asked the court to determine whether in view of Section 68(1)(g) of the Constitution and the pending case marked: FHC/ABJ/CS/621/2013, “the defecting lawmakers could lawfully vote and contribute to any motion for the removal or change of any of the principal officers” of the House.

PDP also asked the court to declare that the defecting lawmakers, who are also plaintiffs in the suit earlier filed before Justice Ahmed Mohammed of the same court, were not competent to sponsor, contribute or vote on any motion calling for the removal or change in the leadership of the House or the removal of any principal officers of the House.

Spread the love  “Life’s most persistent and urgent question is, END_OF_DOCUMENT_TOKEN_TO_BE_REPLACED