For Obama, MLK’s shadow looms large ahead of speech 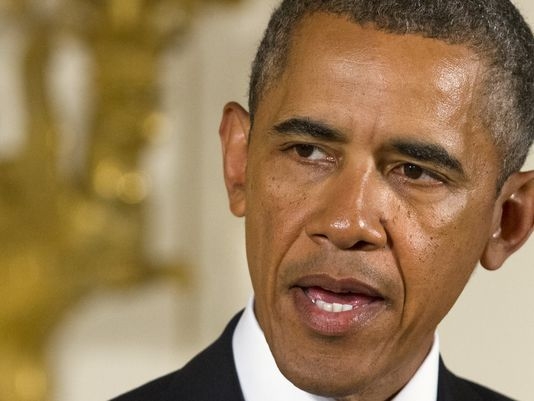 WASHINGTON — When President Obama steps to the podium at the Lincoln Memorial on Wednesday to mark the 50th anniversary of the March on Washington for Jobs and Freedom, it will mark a signal moment in his presidency.

In telling his own story to Americans over the years, Obama has shied away from declaring his own political rise as some sort of bookend to Martin Luther King Jr.'s seminal "I Have a Dream" speech. But he has constantly underscored that his story would not have been possible were it not for King and others who sacrificed during the civil rights movement.

Aides to the president have kept details of his address close to the vest, but Obama has signaled in recent days that he will use his speech to mark the strides that the country has made in fighting the scourge of racial prejudice, while highlighting the work he believes the country needs to do to fight injustice.

"Each generation seems wiser about wanting to treat people fairly and do the right thing and not discriminate, and that's a great victory that we should all be very proud of," Obama told college students last week in New York. "On the other hand, what we've also seen is the legacy of discrimination, slavery, Jim Crow, has meant that some of the institutional barriers for success for a lot of groups still exist. African-American poverty in this country is still significantly higher than other groups. The same is true for Latinos, same is true for Native Americans."

With that in mind, Obama met Monday with leaders of faith organizations and civil rights activists at the White House to discuss how present-day battles over voting rights, education, unemployment and implementation of his signature health care law are linked to the 1960s fight for civil rights and equality. On Tuesday, he is scheduled to a hold a private reception at the White House in honor of the march.

The commemoration of the march will culminate Wednesday when the president delivers a speech on the steps of the Lincoln Memorial, the site where 250,000 people congregated in 1963 to hear civil rights leaders speak and King give perhaps the most famous speech of the American civil rights movement.

Obama is no stranger to delivering major addresses at locations steeped in history.

The president visited Selma, Ala., as a presidential candidate in 2007 on the anniversary of the 1965 Bloody Sunday march there. He traveled to the small town of Osawatomie, Kan., to deliver a major address on middle-class struggles in the same place that Theodore Roosevelt gave his New Nationalism address more than a century ago.

And earlier this summer, he traveled to Berlin to call on the U.S. and Russia to cut its stockpile of nuclear warheads at the Brandenburg Gate, the site of John F. Kennedy's famous "Ich bin ein Berliner" speech and where Ronald Reagan called on the Soviet Union's Mikhail Gorbachev to "tear down this wall."

Whatever Obama says on Wednesday, comparisons to King's clarion call 50 years earlier will be inevitable.

"People try to compare him to Dr. King, and I think that is unfair," said civil rights leader Jesse Jackson. "They come out of two different roles. Dr. King was preaching hope and motivating people to continue to challenge the government to respond to our pleas. He had no levers of power.

"What we need from the president now, in addition to motivation, is legislation, appropriation and enforcement of law for justice," Jackson said.

Valerie Grim, a chairwoman of the African American and African Diaspora Studies at Indiana University, said Obama might not be able to match the oratory of King from that day 50 years ago.

But she said the setting offers Obama an opportunity to "capture the spirit of the March on Washington" and turn the spotlight on voting rights, poverty, unemployment and other issues that have had a disproportionate effect on minority communities.

"I am hoping the president sees the moment he has as a change-agent moment," Grim said. "I'm hoping he can communicate with the spirit of the moment that came with the March on Washington."