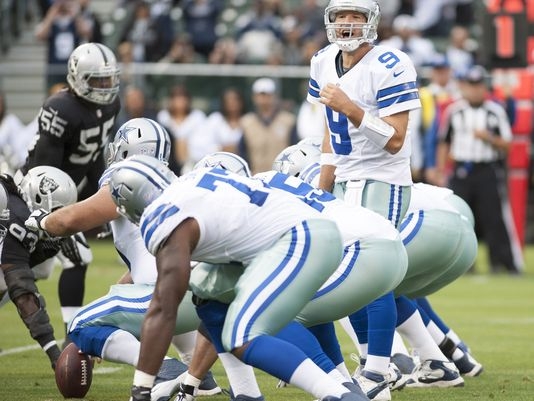 I'm not talking about picking players who aren't the best available in their positions. I suggest changing when you select the various positions. Call it the "Double-Single" strategy. Simply put, draft the positions that require more than one starter first, then supplement them with single starters such as quarterbacks and tight ends.

Consider the average draft for a league of 12 teams. By the end of the fifth round, the consensus first 60 picks would cover seven quarterbacks, 25 running backs, 24 wide receivers and four tight ends. Basically, all teams have two running backs and two wideouts. Then seven teams would have a quarterback and four would own a tight end.

With three- or four-point passing touchdowns, the difference in top quarterbacks just is not that significant. Realize that in 2012, the eighth-best quarterback was only 71 points worse than Drew Brees. The fifth-best tight end was just 30 points behind Jimmy Graham. Yet the 26th-best running back trailed Adrian Peterson by 194 points. The 25th-best wideout was 94 points behind Calvin Johnson — 159 points if reception points were used.

GET IN THE HUDDLE: Customized advice, rankings for your league

Quarterbacks score a ton of points, and it feels good to own Aaron Rodgers or Brees. But this season, the quarterback ranks are deep. Those later quarterbacks are producing better than ever before.

Let's say you wait until the seventh round to take your quarterback. You should still get to choose from Tony Romo, Eli Manning and Andy Dalton, who all perform well with at least an occasional big game. This season, we also have Michael Vick playing in the Philadelphia Eagles' much-anticipated up-tempo offense. The Chicago Bears' Jay Cutler is manning a new scheme under quarterback guru Marc Trestman. Carson Palmer, leading the Arizona Cardinals, will enjoy the biggest receiver upgrade on the planet. Alex Smith will help install new coach Andy Reid's pass-happy scheme with the Kansas City Chiefs.

Instead of investing in an early quarterback, there are plenty of high-upside guys later in your draft who can combine for big weekly points. Waiting also means you own higher grade players in other positions. No position outside of quarterback offers such major upside in point production after the midpoint of your fantasy draft.

There are only two reasons ever to take an early quarterback. Either you play in a league with scoring slanted toward making them significantly higher scoring than all other positions, or you are a new or casual player and want to play it really safe in the early rounds. You'll probably build a rather average team, but the rest of the league appreciates your effort. Again.

STRATEGY TIP: Be sure to factor in scoring system quirks

At tight end, the biggest risk is taking one early. Jimmy Graham is an advantage this year. No argument. Unlike the rest at his position, he offers very low risk and comparatively high production.

But once you leave Graham, do you really want to spend an early pick on any of the next four tight ends? Rob Gronkowski missed five games last season and hasn't practiced yet. He might not be ready in Week 1. That's too much risk to assume for a player who suits up for a team that makes a mockery of the injury report. Jason Witten is probably solid again, but his career-best 110 catches in 2012 dwarfed his previous years. During the 2011 season when passing records were shattered, he managed 79 catches, and he's now 31.

Vernon Davis is popular again, and why not? Michael Crabtree is out and Davis is a beastly mixture of size and speed. Except he was 20th best last year, tucked in between Marcedes Lewis and Jacob Tamme. Davis improved with Colin Kaepernick, but only in a couple of games. His lament in 2011 was that defenses aimed to take him out before anyone else. How will that change with Crabtree out?

And Tony Gonzalez, 37, is playing only because he lost a game of rock-paper-scissors with his son. The addition of Steven Jackson could negatively impact the number of targets Gonzalez gets this season.

Many of the later tight ends offer upside and could become top-10 performers. They come so cheaply, why not get two and see which one you like better? The future will belong to the likes of Jermichael Finley, Kyle Rudolph, Jared Cook, Jordan Cameron and even Zach Sudfeld. You give up little waiting on them and might even end up just as good. At the same time, you'll be far superior to your league mates in the running back and wide receiver ranks.

Just take a look at your stats from last year and see what sort of team you could build taking three of the top 25 running backs, two of the top 25 wideouts and picking up a couple of quarterbacks and tight ends with upside.

The chance that you are landing a top-10 running back after Round 5 is almost zero. Walking away with a difference-making wideout in the back half of your draft is rare. But top-10 quarterbacks and tight ends? They're just waiting to make you smile like a champion.