Online backup: Save it to the cloud – Reviewed.com 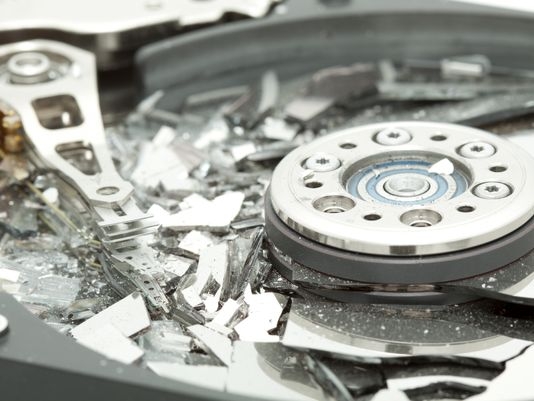 Hard drives can fail at any time, and could take your priceless files with them — wedding photos, financial documents, the next great American novel just waiting to get published, whatever it is that you can't find anywhere else.

So, naturally, you should make backups. A secondary hard drive is a good start. But if your home floods or burns down, it doesn't matter how many physical backups you keep — they're all toast.

Online storage is a smart fail-safe, at least for peace of mind. Your digital data live on a server, monitored by professionals who get paid to keep it secure and, most important, un-deleted. So, if something happens to your physical drives, your files will be available for you to re-download.

Big-name cloud services like Google Drive, Apple iCloud and Dropbox can store your stuff, but they're really designed to make smaller batches of files available across all of your devices: Take a photo with your iPhone, it's automatically on your iPad and MacBook Air thanks to iCloud. Write a story about online backup services in Drive, and it's available anywhere with an Internet connection. They aren't quite what we're looking for.

We also want something that can work for both Mac and PC. After reading other reviews and consulting some colleagues who use online file storage, we settled on a short list: Carbonite Home, CrashPlan+, Elephant Drive Personal and Mozy Personal.

The most realistic way to find the best service, I figured, was to back up my own files, like I was auditioning each service for personal use.

On most levels, CrashPlan turned out to be most hands-off, no-fuss option. It was super-easy to sign up for a free 30-day trial, no strings attached, no credit card required. The payment options and pricing are also flexible. I created an account in about two minutes. Installation and setup took about another 10 minutes, and then backup began promptly, and ran smoothly in the background until it was done. After the initial upload, it checked for new content daily in the folders that I had initially asked it to back up. When I restored some of my files, the download manager ran gingerly in the background. It costs a reasonable $5.99 per month for unlimited storage.

Elephant Drive really struggled in the usability and convenience departments. For starters, you can't tell Elephant Drive what folders it should back up. Elephant Drive tells you to put your stuff into a specialized folder. That doesn't make sense if you're backing up huge chunks of your hard drive. The biggest problem with them, though, was that they made it too hard to pay; none of my company or personal cards were accepted, due to what we expect was a software bug.

Carbonite and Mozy were mostly stress-free, but each had a few more irritating quirks than CrashPlan did. Carbonite, for example, kept blasting my desktop with spammy pop-ups after the 15-day trial expired. Mozy got in its own way one too many times, first stalling for a day during the initial backup session, and then interrupting one of its restore sessions with a daily scheduled backup. So, it sat overnight, neither downloading nor uploading. Faulty logic, there.

Mozy Personal was also $5.99 per month, but only for 50GB (125GB costs $9.99 per month), and there is effectively no trial period. Carbonite Home only offered subscriptions in chunks of a year, starting at $59 (the same price as CrashPlan+ Unlimited, if you pay for a year up front).

Going into this experiment, I had heard that all of these services were pretty slow — one of my colleagues said it took him 24 days to back up his hard drive, using one of the contenders. I wanted to finish this guide sometime before December, so rather than trying to upload all 120GB of my vitals, I pared the test folder down to about 30GB, hoping that it would keep the transfer times reasonable.

The initial backups still took a long time. None of these services are fast. CrashPlan was the fastest (comparatively), getting my files tucked away into the cloud in "just" six days (I was connected to the Internet during regular working hours, plus a few hours every evening and on the weekends). Carbonite and Mozy each took about eight days. I don't know if I'd trust these results to be repeatable, but it should give you some feel for upload times.

When it came to downloads, CrashPlan was once again the quickest. I chose to restore a folder with about 4.5 GB of raw photo files. It took a shade under 12 hours, running constantly. Still not very fast, but it's better than not being able to retrieve your files.

After six weeks of some incredibly slow-paced testing, we've decided that CrashPlan+ Unlimited is the best online backup subscription service. It's as seamless and no-fuss as we could find. Transfer speeds are relatively fast, and the subscription tiers are flexible. For most folks, it'll be a good option for keeping irreplaceable digital files safe.

Spread the loveThese are depressing times – stemming from different END_OF_DOCUMENT_TOKEN_TO_BE_REPLACED