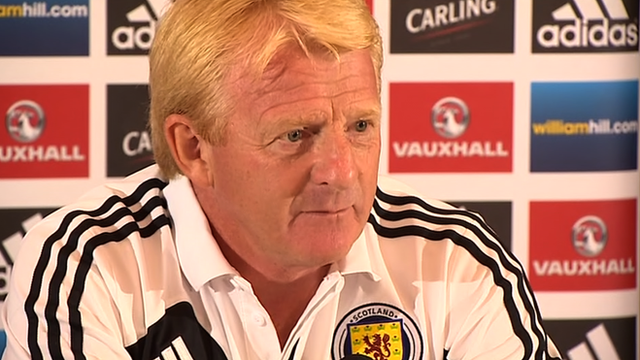 "We're good, feeling good," he explained. "We thought about going to Wembley, but it would be an hour there and an hour back, so we knocked that on the head as we have done enough.

"They are really looking forward to it."

England go into the game with star striker Wayne Rooney having not played in pre-season for Manchester United.

However, Strachan was unconcerned by questions of whether he thought the controversy surrounding Rooney's reported desire to leave Old Trafford would leave the forward unsettled at Wembley.

"I don't know, you will have to ask him," said the former United midfielder.

"I can't tell you how he is feeling. I'm sure Wayne Rooney will appreciate it if I kept quiet as everyone else is talking about him.

"He is a terrific player and one of the best in the world.

"We just have to deal with that and the rest of the players that are there. They have a fantastic squad but we are really feeling good about ourselves."

Scotland go into the friendly having ended a disappointing run of World Cup qualifying results by defeating Croatia in Zagreb.

That lifted their spirits ahead of a visit to a team ranked 36 places above them in the world rankings – although England are six behind the eighth-ranked Croats.

"I could not tell how we will feel after the game win, lose or draw," Strachan said when asked what a win at Wembley would mean to his side.

"A win in football makes you reasonably content until the next game.

"When we were in…

Spread the loveBuhari’ government through the ministry of finance took END_OF_DOCUMENT_TOKEN_TO_BE_REPLACED